Feathered sash made by Līloa for his son ‘Umi

Authority to rule, in ancient Hawai‘i, came from one’s mana (divine power). Mana could be gained through strength and success in battle, or through one’s mo‘okūauhau (genealogy). Sacred objects, containing the mana of the ali‘i nui, were often passed down as a means of transferring power and designating authority. These items could be gods (such as Kūkā‘ilimoku in the case of ‘Umi and Kamehameha I), articles of clothing (feather capes, cloaks, sashes), personal effects (spears, drums, lei) or even honorific or genealogical chants. These objects not only carried spiritual power that would strengthen the one who possessed them, but also served to bring to the receiver all the glory of their ancestors works.

The tremendous accomplishments of Kamehameha I did not come from his ability alone. More than three hundred years prior to his conquering of Moku o Keawe (Hawai‘i Island), Kamehameha’s ancestor had led the way by doing the same. ‘Umi-a Līloa, like Kamehameha, had been passed sacred objects that brought to him mana, rank and right to rule. One of these items was the incredible Kā‘ei kapu o Līloa (sacred cordon of Līloa).

Believed to be the oldest piece of featherwork in the Bishop Museum collections, this piece came to ‘Umi from his father Līloa. Centuries later, after being given to Kamehameha I, it remained in the royal family signifying their right to rule well into the nineteenth century. Today, the famous statues of Kamehameha I that stand in Kohala, Hilo, Washington D.C., and in front of Ali‘iolani Hale, are adorned by the Kā‘ei, a mahiole (feathered helmet) and an ‘ahu‘ula (feathered cloak), all signifiers of his supreme right to rule.

The dimensions of the kā‘ei are 4.5″ wide by 11′ long. As with feather capes and cloaks, the kā‘ei consists of feathers tied to a netting of olonā fiber. The red feathers of the ‘i‘iwi bird and the yellow of the ‘ō‘ō, along with rows of teeth, create and object that is still stunning to behold nearly six centuries after its creation.

Bishop museum does not have radiocarbon dates for most of the items in its collection because this testing would require removal and possible destruction of a piece of the item. However, in 2007 researchers from the University of Kent were able to date feathers that had previously fallen out of this sash but were being kept for conservation. The study carbon-dated the feathers from the Kā‘ei kapu o Līloa to a date range of 1406 to 1450 A.D. 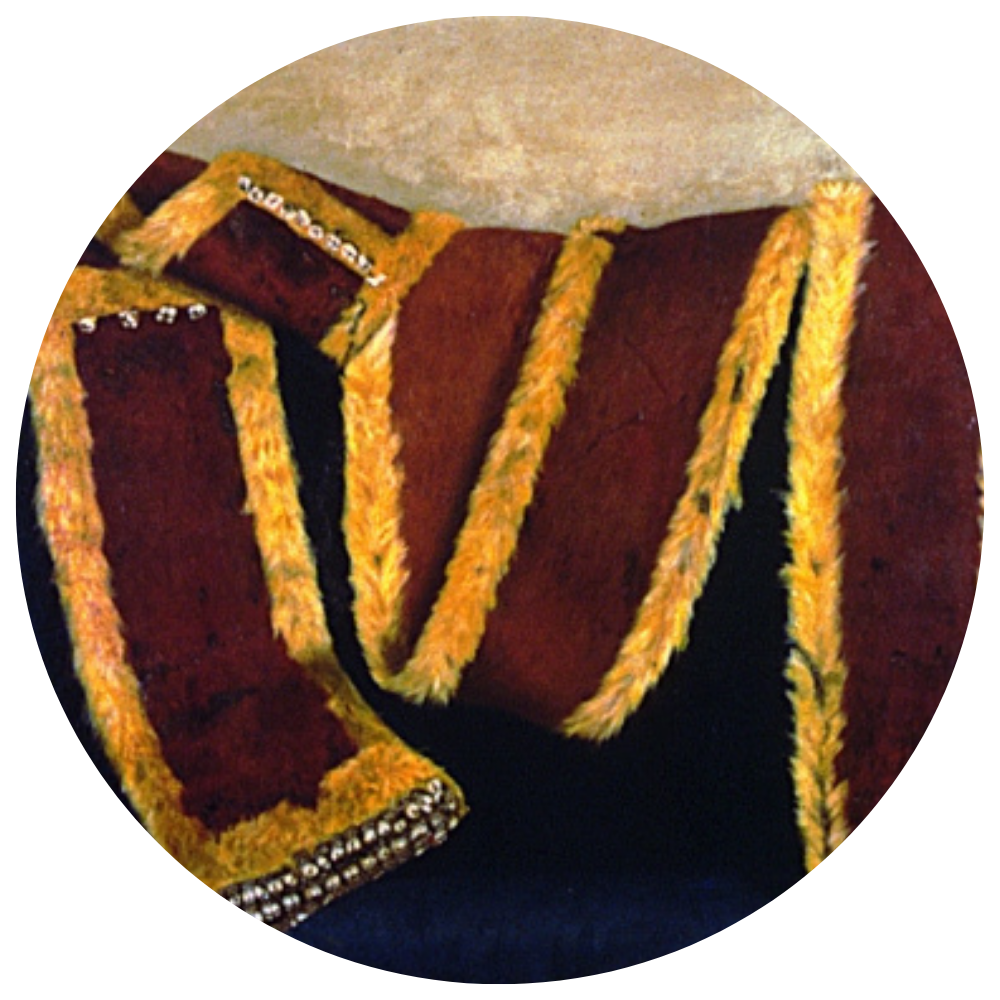 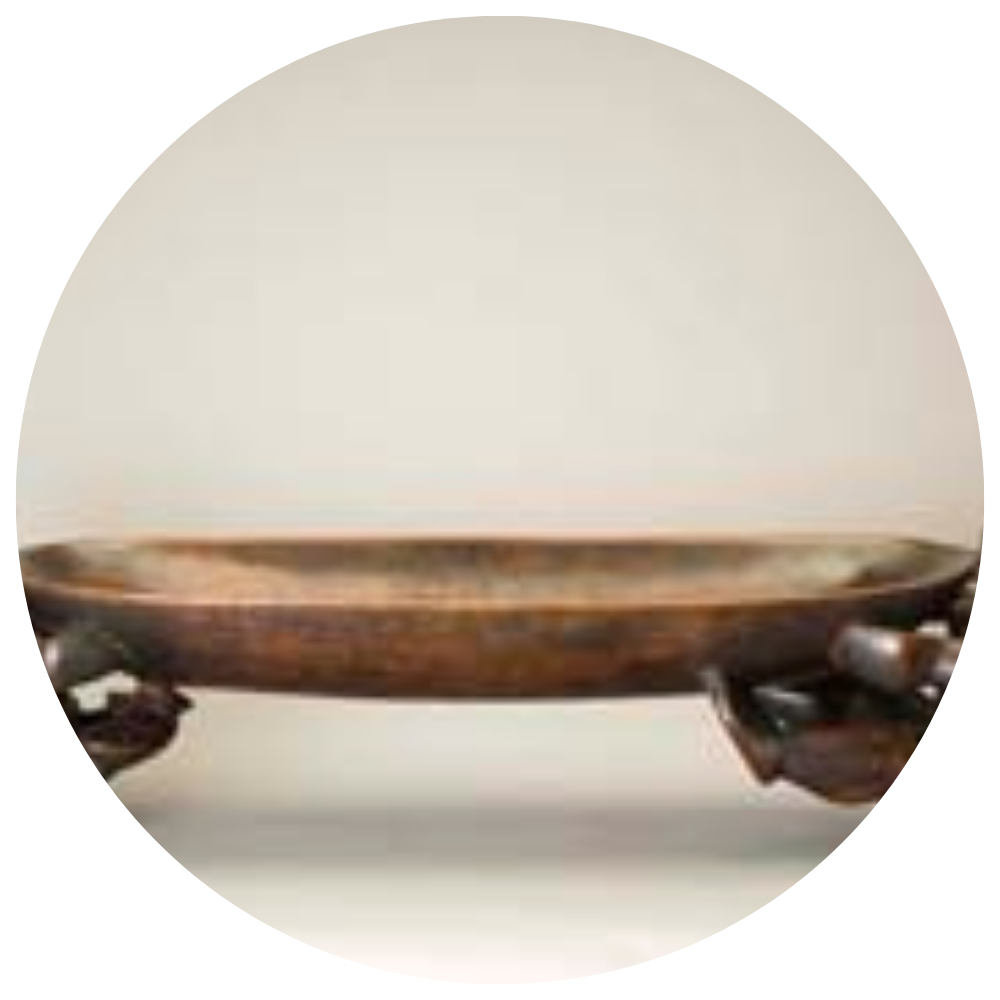 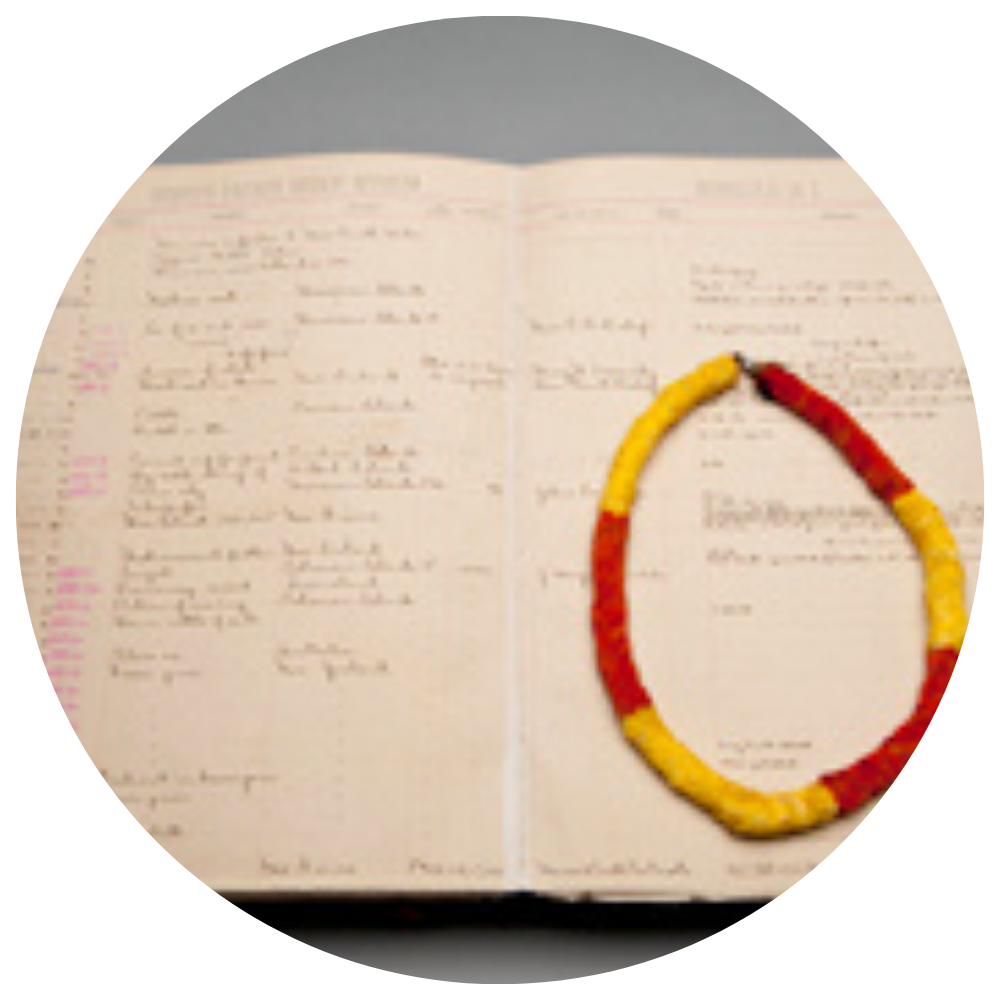 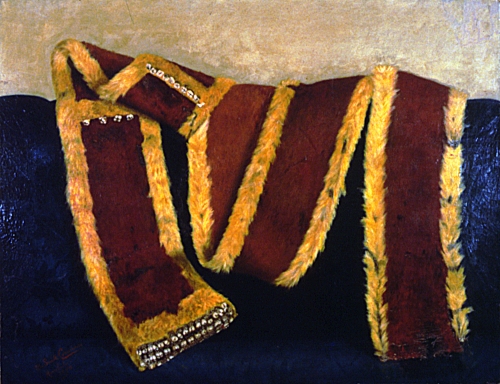 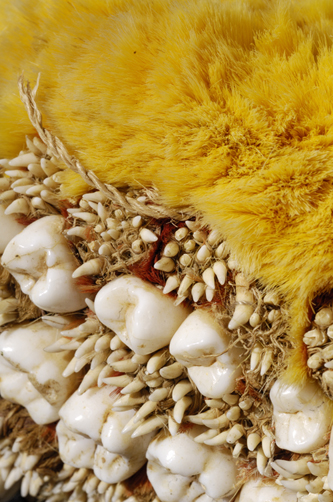