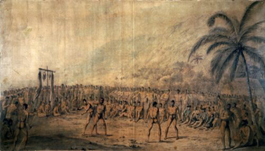 Games and sport have always been an integral part of Hawaiian life. In traditional society pa‘ani kahiko (ancient games) were numerous and extremely popular. These games actually came to the forefront of everyday life during the yearly makahiki festival that spanned approximately three to four months. The time of makahiki meant the arrival of the god Lono and the setting aside of the god Kū. Warfare and other activities of Kū ceased and the land, and its inhabitants, were allowed to regenerate, procreate and grow anew. This was a time of le‘ale‘a (pleasure) when many games and contests were held.

Some of these games that were played were physical sports. These contests were not only used as arenas where the strong and swift could attain recognition and fame, but they also served to train the many warriors who might need to be called upon later in battle. Ancient mo‘olelo record many contests of sport ranging from kūkini (running), he’e hōlua (sledding), he‘e nalu (surfing), lele kawa (cliff jumping) to hākōkō (wrestling), mokomoko (boxing) and many others. Games such as ‘ulumaika (rolling disks), moa pahe‘e (dart throwing) and ‘ō‘ō ihe (spear throwing) required a steady hand and a trained eye. The more formal of these contests during the makahiki would take place at a designated kahua pa‘ani (sporting area) with the wooden staff Lonomakua watching over the contestants. Not only was a contestant being judged, but the glory or dishonor of the family name was on the line. The victors of these contests were heralded throughout the islands. Many of the most heroic stories of the gods involve these battles of strength and speed.

Games of the Mind

Kānaka Maoli were also passionate about games of the mind that rewarded the player with the quickest and sharpest wit. Recitation of genealogies, proverbial sayings and knowledge of hidden meanings in phrases were some of the most admired of Hawaiian skills. Word games and ‘ōlelo nane (riddles) were favorites. Another verbal type of duel ho‘opa‘apa‘a, could be seen as an extreme verbal sport as a loss in a contest could mean death. Kōnane, a form of checkers, was another game that challenged the mind. This was often played on boards of stone with alternate sets of black and white pebbles. Some more elaborate sets contained carved figures as men.

Procreation was the basis for the earth itself and was considered a natural gift of the gods. Games to encourage procreation were especially prevalent during the makahiki. ‘Ume (to draw towards or attract) and kilu were two varieties of this sort of game. Like the other games and sports mentioned, accounts of ‘ume and kilu can be found throughout the ancient mo‘olelo. One well-known incident is the game of kilu played by Hi‘iaka, sister of Pele, and Lohi‘au, an ali‘i of Kaua‘i. 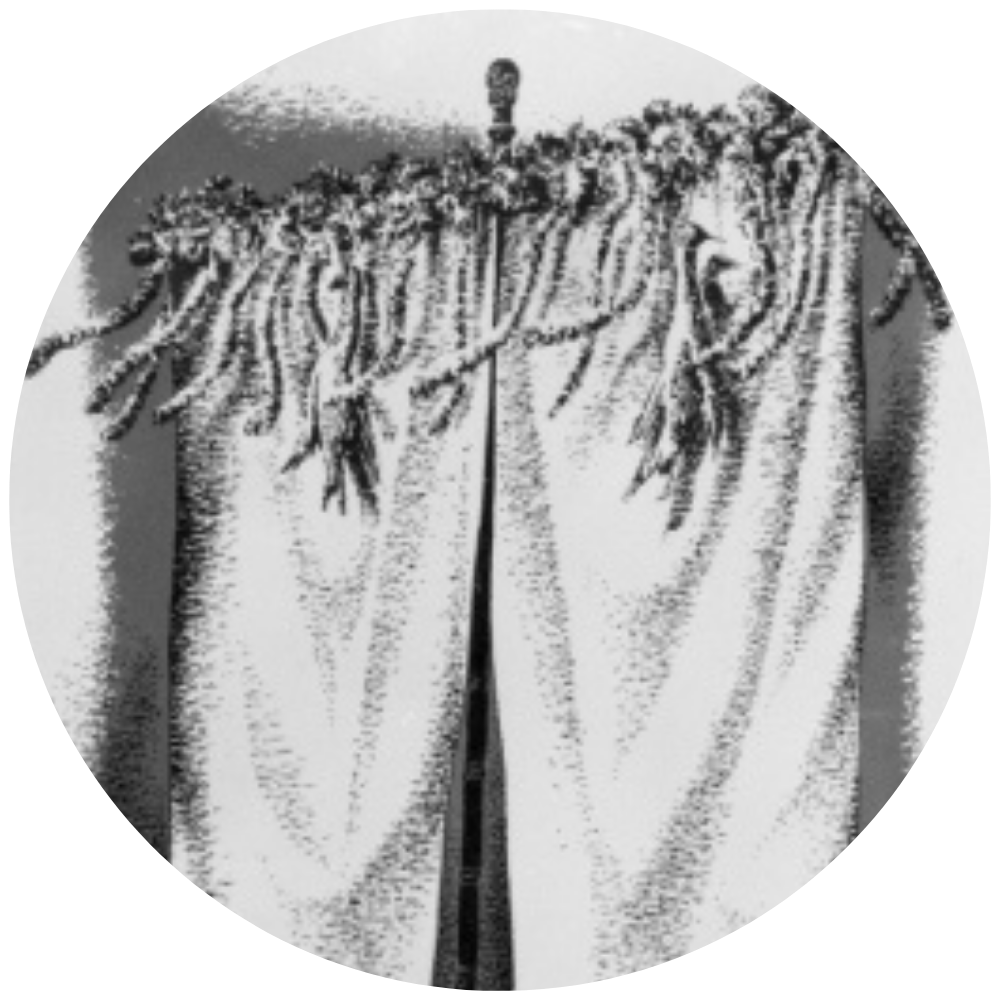 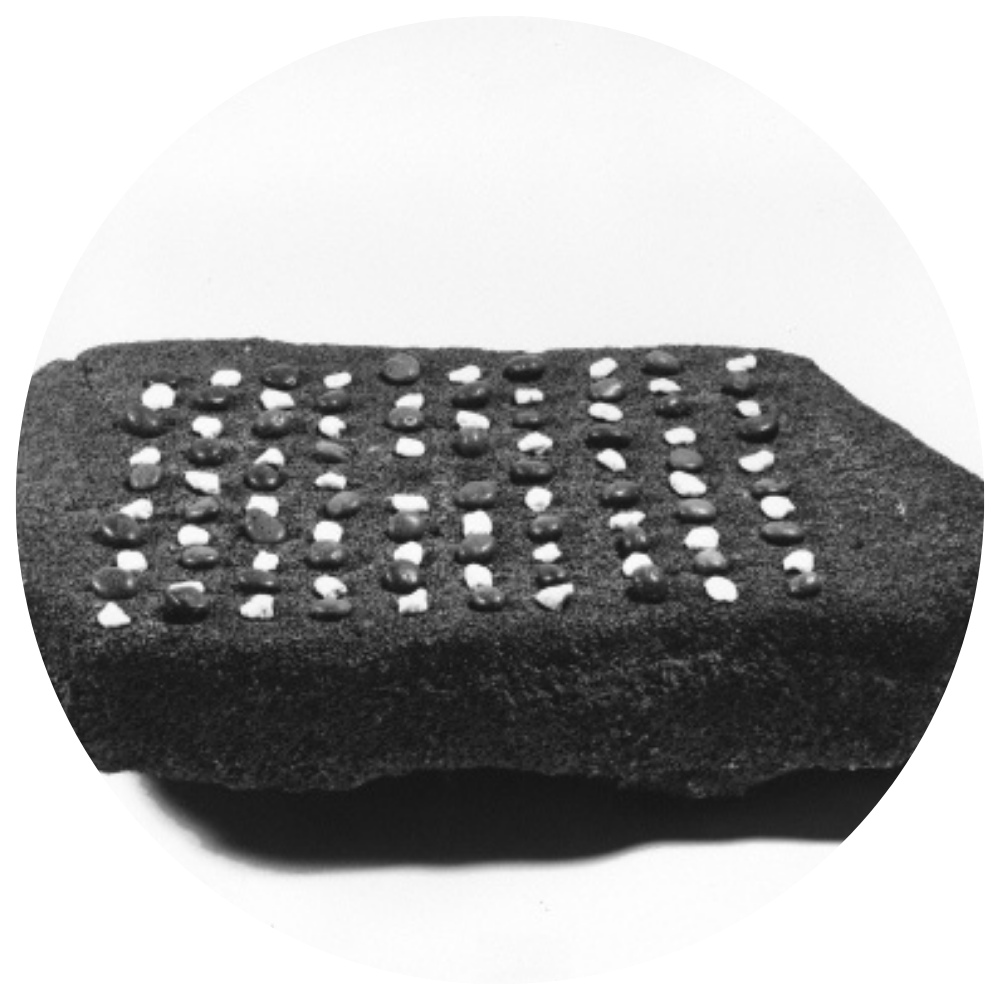 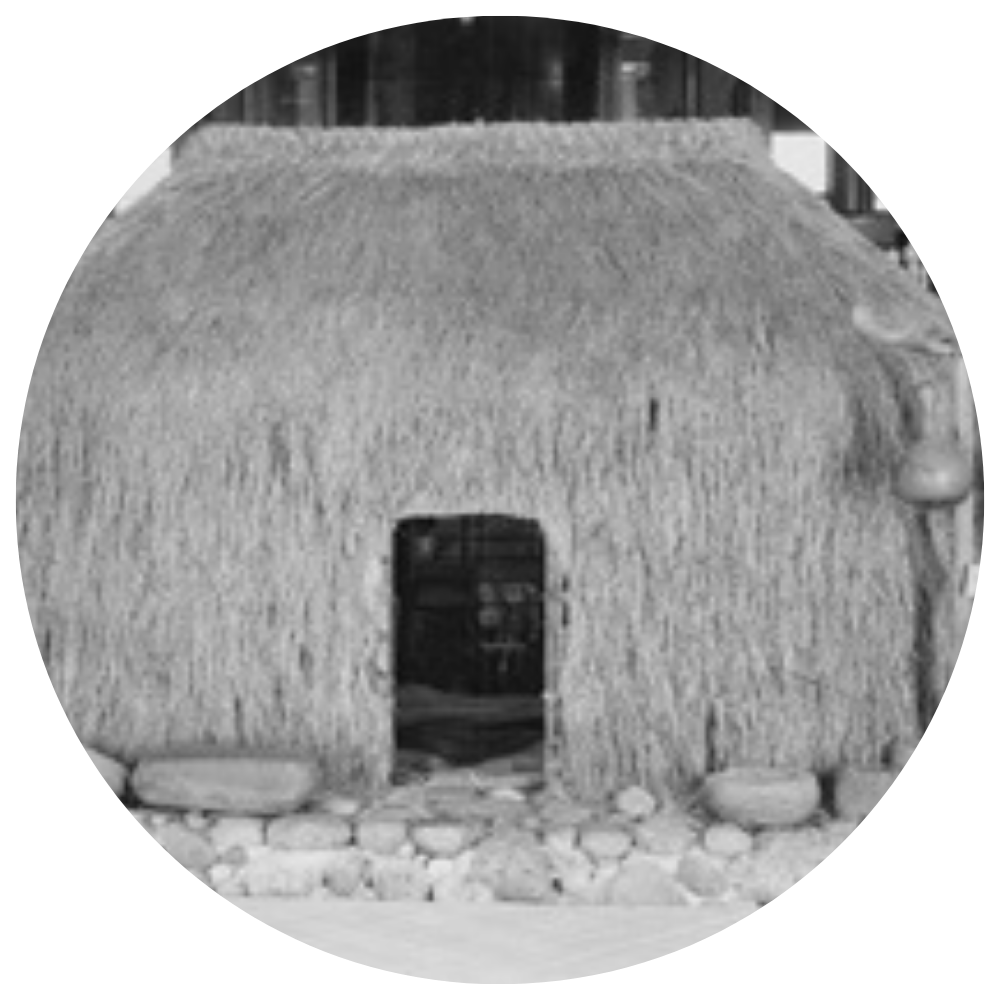 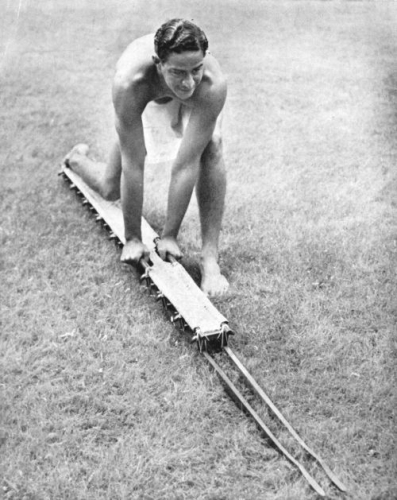 Man demonstrating the use of a Hawaiian Hōlua sled. 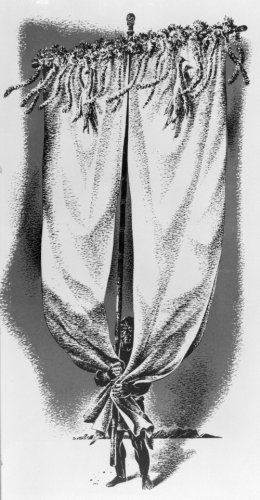 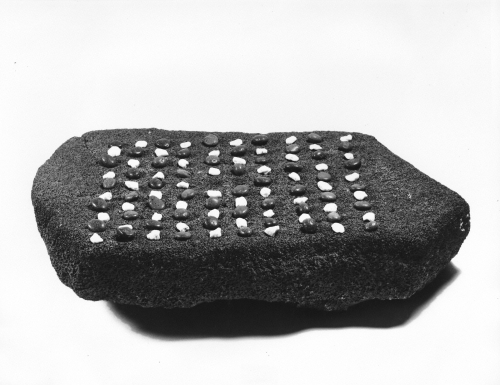