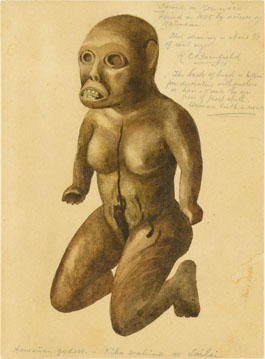 The deities Kū , Kāne, Lono and Kanaloa are often referred to as the “four main gods” in traditional Hawaiian society. This generalization belies the incredible power and central role of female deities in the Hawaiian world. Gods such as Pele, Hina, Papahānaumoku, and Kihawahine were undoubtedly “main” gods, and were subservient to no entity. Nā Akua Wāhine such as Po‘ele and Kihawahine played a central role in the creation of everything from the living world itself, to the governmental Kingdom of Hawai‘i. Ceremonies for these goddesses took place at the most sacred heiau in the islands. The highest women of state were known to bring offerings to these female deities at the Hale o Papa, or women’s heiau.

Kihawahine Mokuhinia Kalama‘ula Kalā‘aiheana was the daughter of the powerful sixteenth-century ruling chief of Māui, Pi‘ilani, and his sacred pi‘o wife Lā‘ieloheloheikawai. This exceptionally high ʻUlu line of genealogy carried down from Hāloa meant that piʻo unions of this branch would continue to produce gods. Kalā‘aiheana’s two brothers Lonoapi‘ilani and Kihaapi‘ilani were to become Mō‘ī of Māui, and her sister Pi‘ikea would marry ruling chief ‘Umialīloa. Kihawahine herself would leave a decendency along the Maluna line that would later include the ruling Mō‘ī, Kalākaua and his sister Lili‘uokalani. Upon Kalā‘aiheana’s death, her iwi (bones) were wrapped in kapa and placed in the waters of the royal fishpond at Mokuhinia, Lahaina. A ceremony deifying this high-ranking chiefess transformed her into the mo‘o goddess Kihawahine. It is said that this terrifying and powerful mo‘o had so many taboo associated with her it was impossible to name them all. Mo‘o were often guardians of fresh water ponds and Kihawahine’s residence was Mokuhinia i ka Malu‘uluolele (Mokuhinia in the breadfruit shade of Lele). This royal inland-fishpond housed the island residence of Moku‘ula. This home to centuries of ruling chiefs was a piko (center) of traditional religious and political life.

In Kamehameha’s unification of the kingdom, Kūkā‘ilimoku, the male god of war, is most often mentioned as his primary akua. It was however, his taking of the sacred princess Keōpūolani, the incorporation of her mo‘okūauhau (genealogy), and his worship of her goddess Kihawahine, that not only assisted him in battle but also provided the raised genealogy that would leave his sacred children the undeniable right to rule. This was an important step in the creation of the Kamehameha dynasty. In this manner, the worship of Kihawahine, by her association with the ruling ali‘i, eventually developed into an instrument of state.*

Ka Lua o Kiha (the den of Kiha) became the political center of the Hawaiian Kingdom and an important pu‘uhonua (place of refuge) for the son of Kamehameha I, Kauikeaouli. Kamehameha III often sought to escape the rising pressures of change that assaulted him at the busy trading centers and would retreat nearby, beyond the kapu gate of his royal residence at Moku‘ula. He would build a mausoleum at this sacred place where he would bring the bodies of his mother Ke‘ōpūolani, his beloved sister Nāhi‘ena‘ena, their young baby, and other high aliʻi including Hoapili, Kaheiheimālia, Kekau‘ōnohi and Kaumuali‘i. Kauikeaouli remained here, at Moku‘ula with his loved ones until such a time as affairs of state and the growing economic center of Honolulu was to pull the site of government away from Lahaina around 1845. After Kauikeaouli left Moku‘ula, many of the ali‘i nui followed and the site fell into disrepair. The mauka (upland) diversion of water for sugar cultivation meant that waters that had fed the pond dried up and this former royal fishpond became a reed-infested swamp. Around 1914, the Territory of Hawai‘i filled in the pond and created a park that would later host softball games. Heeding the call of an 1863 oli published in the Hawaiian-language newspaper, to “Hoi ka nani i Mokuula” (Return the glory to Moku‘ula) a group led by Kumu Akoni Akana has embarked on a more than twenty year mission to see the glory of Moku‘ula re-awakened.

Kiha-wahine
Ka Oihana Kahuna mamua aku
Features of Lahaina
The Pele Family
Ka Moolelo no Pele by J.S. Kaawa
Kihawahine extract from Mo’olelo o Hawaii
68. King and Court
Honolulu, 1845
Laying the Corner Stone of the New Royal Palace
"Arrival of His Majesty."
“Proceedings of the Legislative Body.”
“Arrival of His Majesty” and “On the King’s Arrival from Lahaina.”
“He inoa no Manoana.” 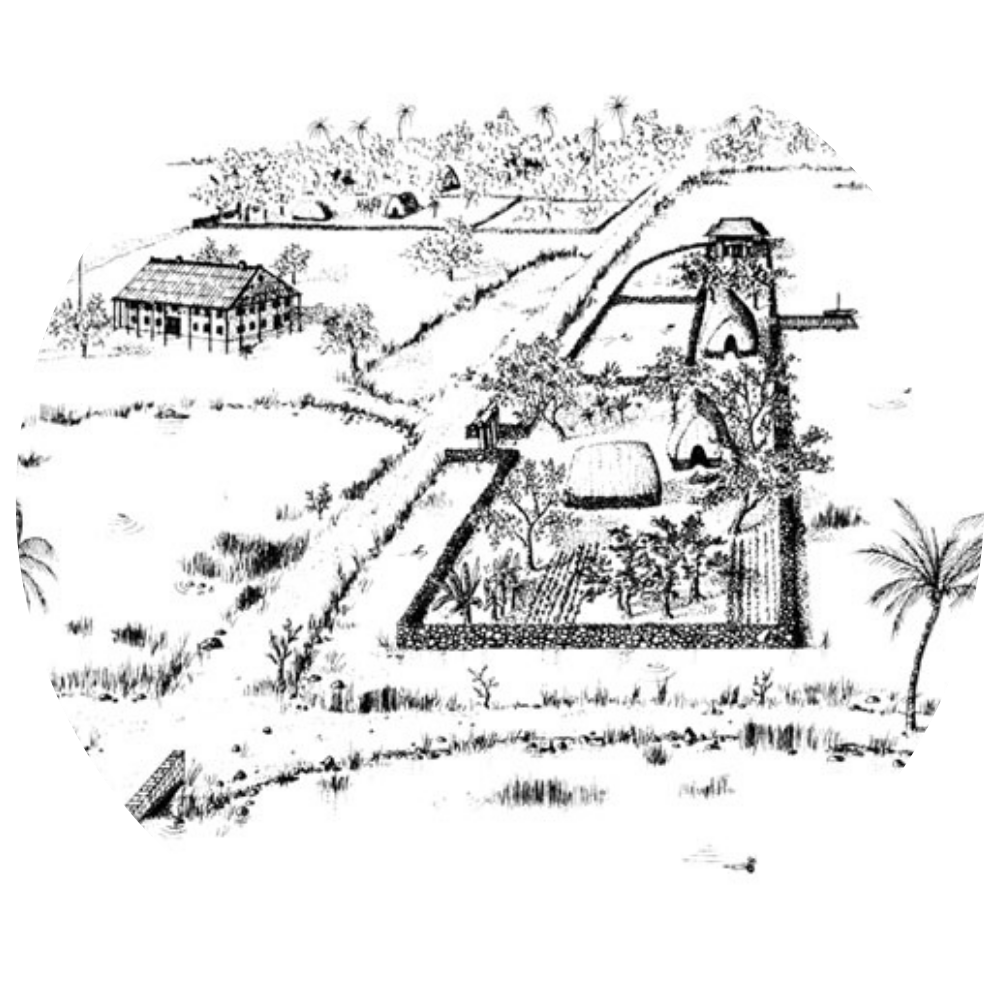 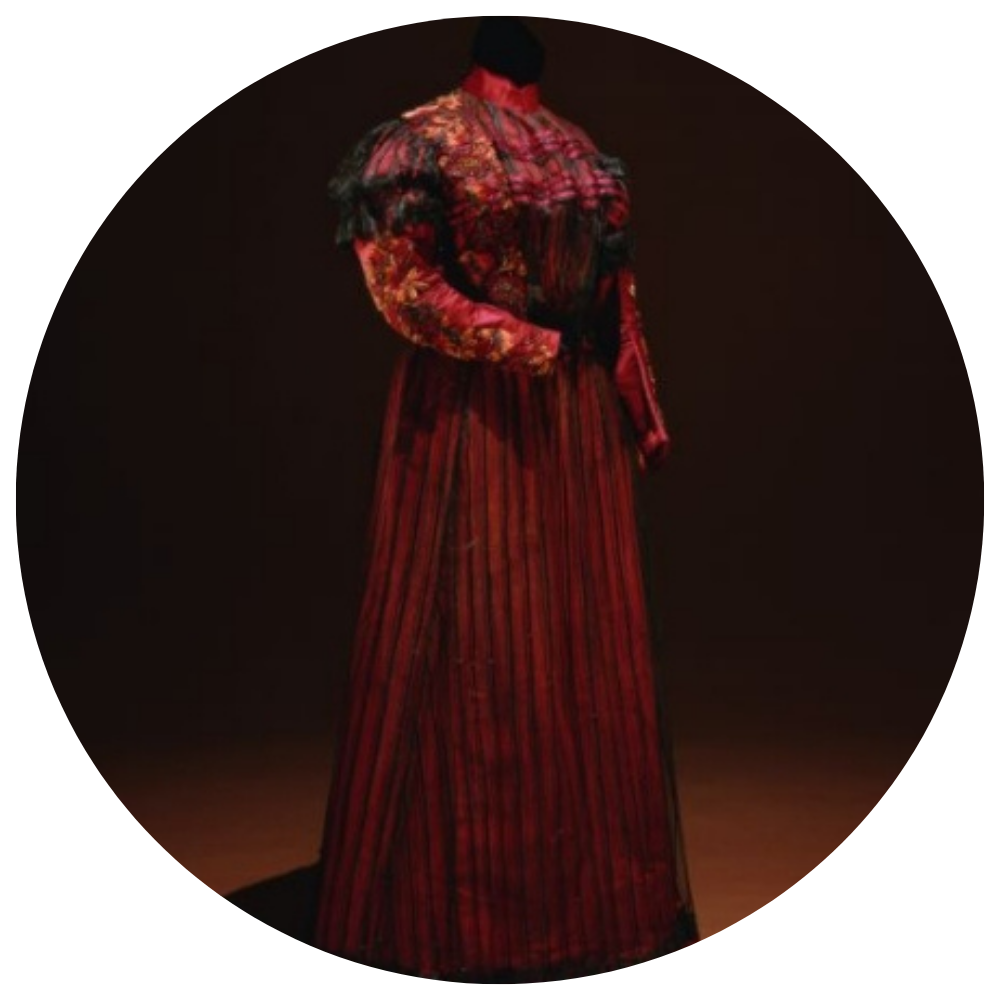 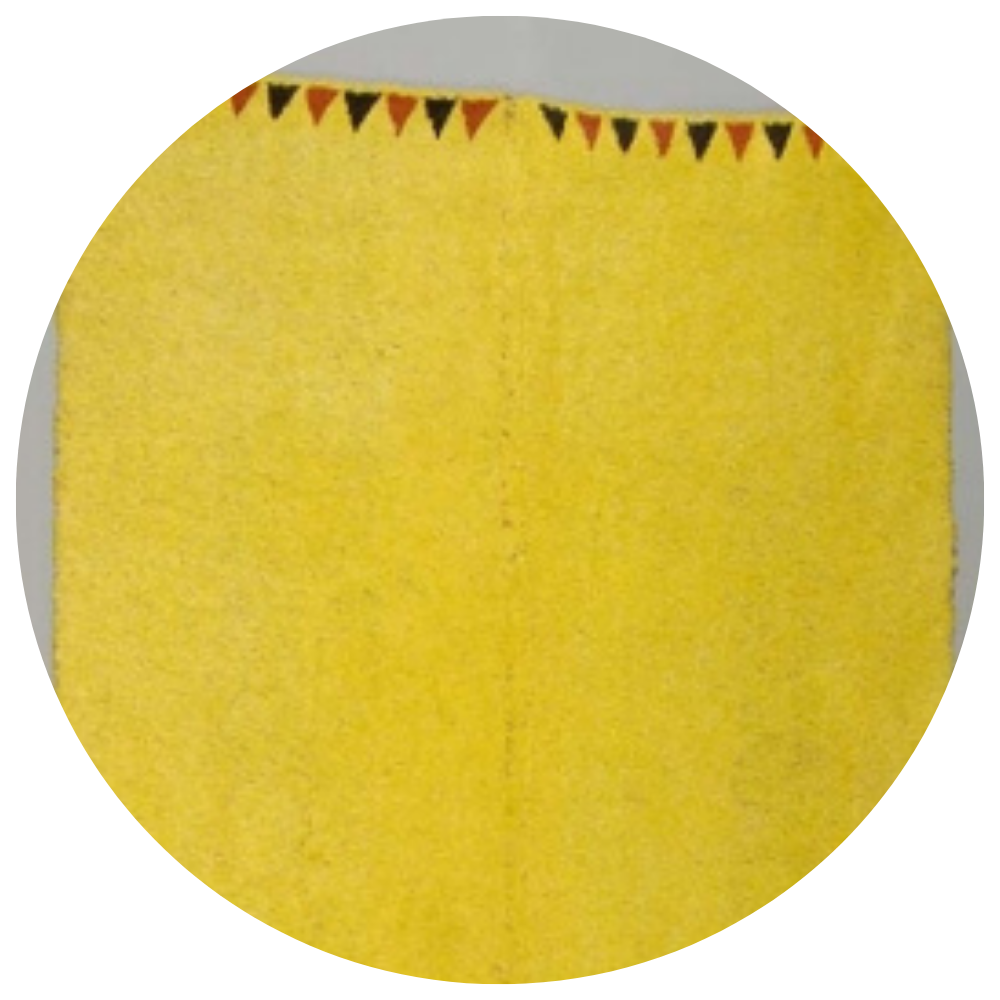 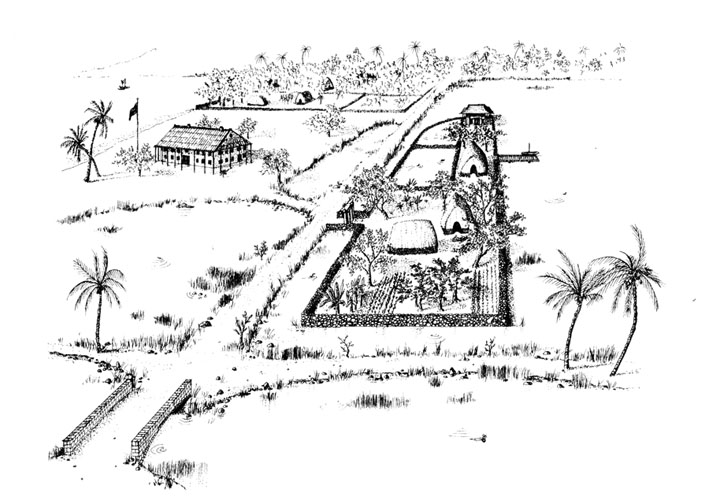