Ballots from the Royal Election of 1874 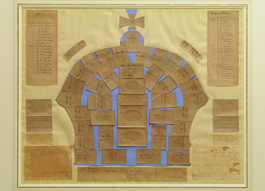 For more than a millennium in the Hawaiian Islands, governance was the provenance of the Ali‘i Nui (high chiefs), a divine group of leaders linked genealogically to nā akua (the gods). This chiefly class governed not only as protectors and providers of the maka‘āinana (commoners), but also as conduits to the akua. Revered leaders were valued by the people in part for their ability to bring about the pono (balance) that meant a well-fed, prosperous, and stable society. Floods, droughts, disease, and political discord were all challenges that an Ali‘i Nui might face. As conditions changed, leaders were expected to adapt to the situation before them in ways that would best serve their people. While change and subsequent adaptation is a characteristic of every era, the 19th century in Hawai‘i saw challenges that brought the pertinent issues of governance to the forefront.

The unification of the archipelago by Kamehameha Pai‘ea in 1810 meant a more centralized control of the islands. As significant as this political act was in heralding a new era, even greater changes were to come. Mounting European interest in the Pacific led to the arrival in the Hawaiian Islands of an ever increasing number of ships with varied missions. Kamehameha recognized the oncoming challenges early on, and skillfully sought ways to effectively address growing questions of governance in the kingdom. As early as 1794, prior to his control of the entire archipelago, the Hawaiian king had discussions concerning British assistance and protection with Captain George Vancouver. In 1810 Kamehameha corresponded with fellow monarch King George III regarding the ongoing relationship of the two kingdoms, a conversation that his son Liholiho would attempt to renew during his brief rule (1819-1824).

Kamehameha’s second son, Kauikeaouli (Kamehameha III), ruled from 1825 to 1854, and faced the growing international challenges that his father had anticipated. New maneuverings by European powers in the Pacific – most notably the French in the Marquesas, Tahiti, and the Society Islands, the English in New Zealand, and the Germans in Sāmoa – prompted discussion in Hawai‘i concerning ways to preserve the islands’ independence. Kauikeaouli, still seen by many as a divine ruler, agreed to voluntarily relinquish supreme rule over the kingdom in order to usher in a system with the wider representation and check on executive powers that could gain international recognition of the kingdom’s sovereignty and work to protect Hawai‘i from foreign takeover. In 1840 Kauikeaouli affixed his signature to the first Constitution of the Hawaian Kingdom, creating a bi-cameral legislature composed of an elected body of representatives and an appointed body of nobles. A judiciary was also established, led by a supreme court. In 1842 the Hawaiian monarch dispatched diplomats to Europe and the United States on a mission seeking formal recognition of the country’s independence. Success came in London, in November of 1843, when both the British and French governments entered into an agreement, the Anglo-French Proclamation, that recognized the independence of the Hawaiian Kingdom. Ongoing challenges faced by later members of the ruling monarchy prompted the creation of new constitutions in 1852 and 1864.

Executive governance within the kingdom saw another significant change in 1872 with the first election of a monarch. King Lota Kapuāiwa (Kamehameha V) died on December 11th without naming a successor. The kingdom’s constitution called for the legislature to decide on the new mō‘ī (sovereign). The representatives chose William Charles Lunalilo over David Kalākaua in a landslide. The new phenomenon of elected sovereigns would be repeated a little more than a year later when King Lunalilo suddenly passed, also without naming an heir. On February 12, 1874, only nine days after the passing of Lunalilo, an election was held between the repeat candidate David Kalākaua and Dowager Queen Emma Rooke – widow of King Kamehameha IV. Emma was much beloved among the Native populace and was seemingly their choice as the new executive.

This election however, was to be held among the legislature, not the populace. Within that more concentrated body, Kalākaua held a distinct advantage. The legislators met in special session at the Honolulu Court House. When the vote was tallied, Kalākaua had achieved victory by a count of 39 – 6. Anger at the outcome, along with widespread talk of influence peddling and secret deals, worked the crowd of Emma supporters that had gathered at the courthouse into a heated state. A riot ensued and many of the legislators were attacked, with one subsequently dying from his injuries. Kalākaua would take the throne, and his rule of 19 years would be characterized by strong attempts to forefront Native nationalism. In 1887 he appointed his sister Lydia Kamaka‘eha as heir apparent. Upon his death in 1891, Princess Lili‘uokalani (her name since designation as heir) rose to the throne.

The history of executive governance in the Hawaiian Islands is replete with examples of continuous adaptation and change. Leaders of the nation faced tremendous challenges, among them the widespread prediction that the Hawaiian race would soon disappear. Throughout, they continued to dedicate themselves to perseverance. Though not every sovereign nor every decision was consistently popular, what always bound together the Hawaiian people and those who governed them was an unwavering belief that their future was tied to the life of their land.

Image: Ballots from the Royal Election of 1874 between David Kalākaua and Dowager Queen Emma.

The ballots were arranged by Samuel Gardner Wilder in 1874. Included in the presentation are the actual tally lists for the 1874 election as well as the lists for the election of 1873 where William Lunalilo defeated David Kalākaua. 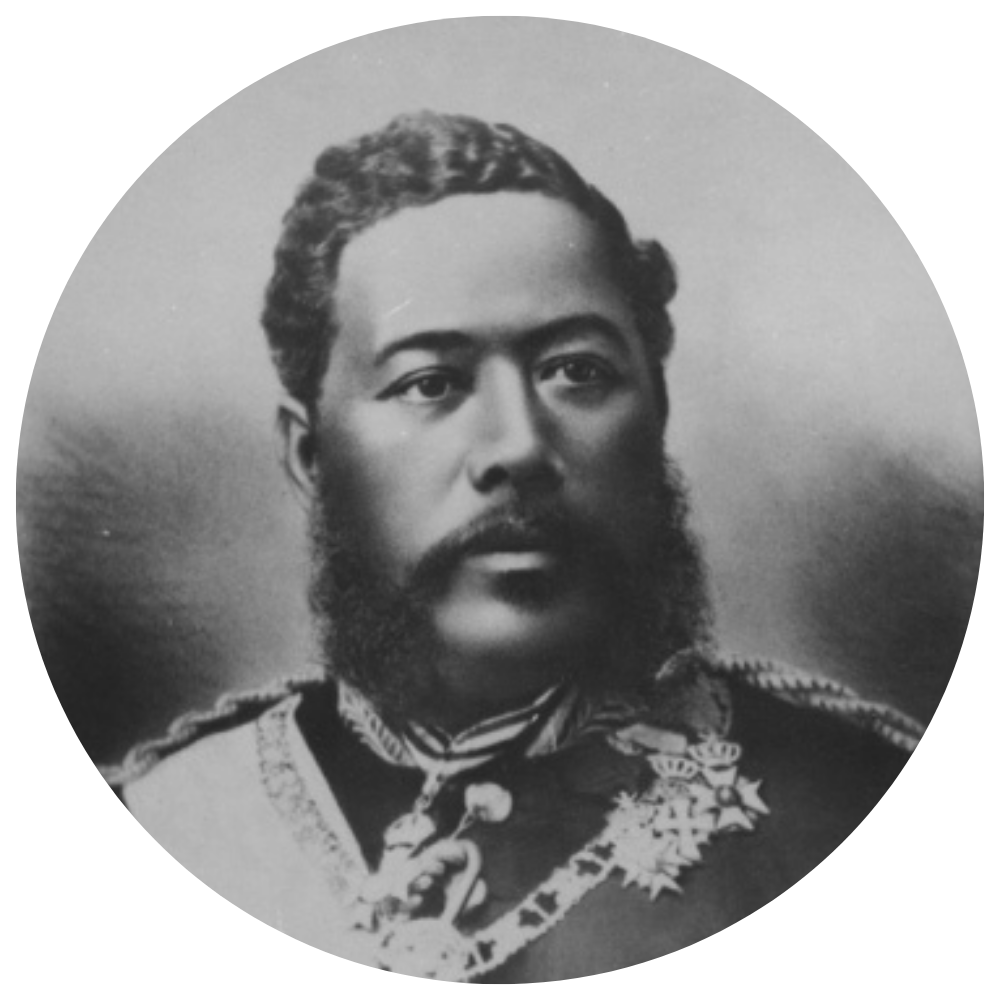 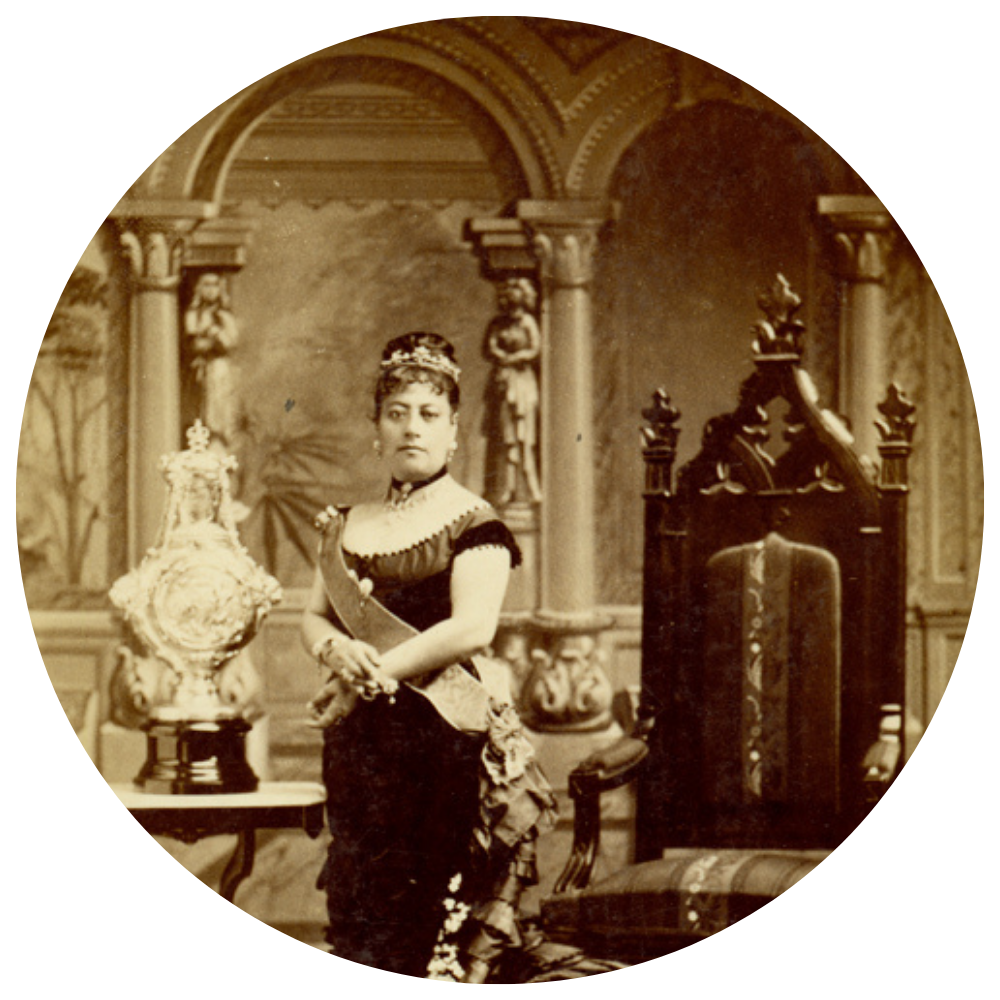 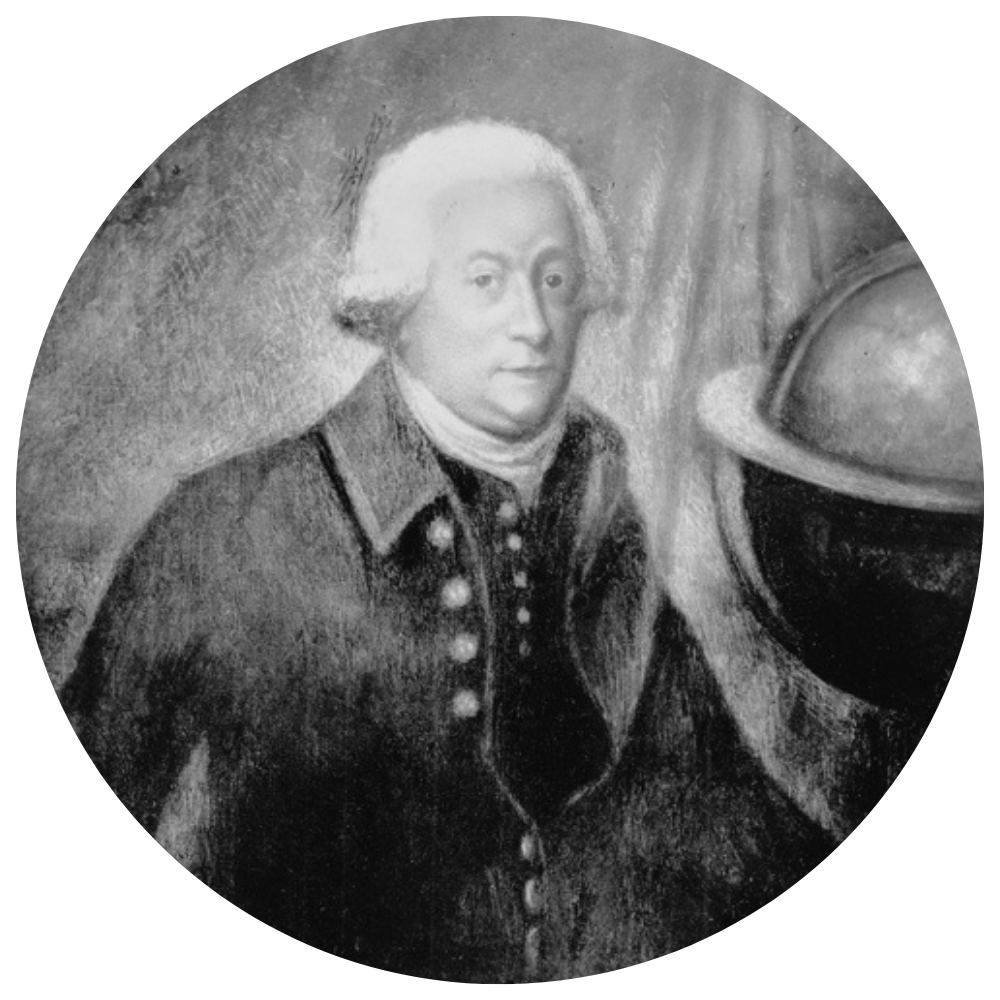 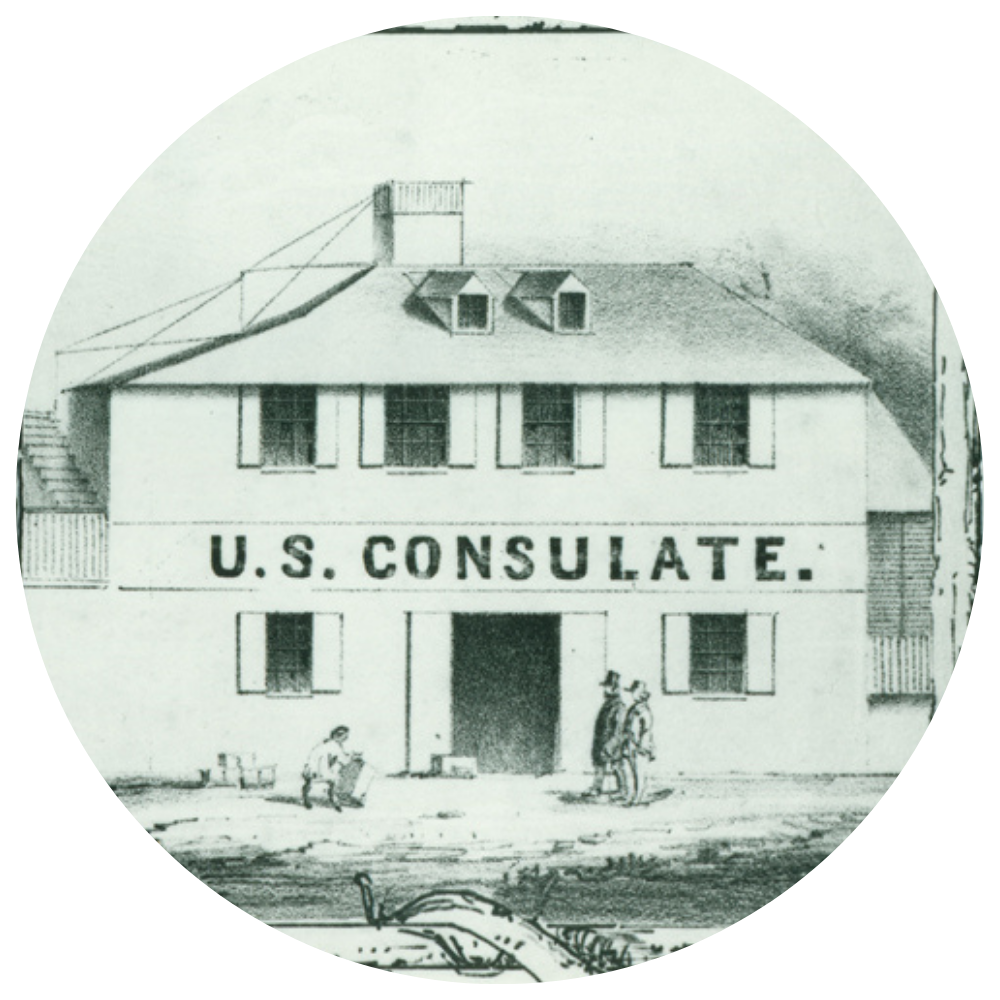 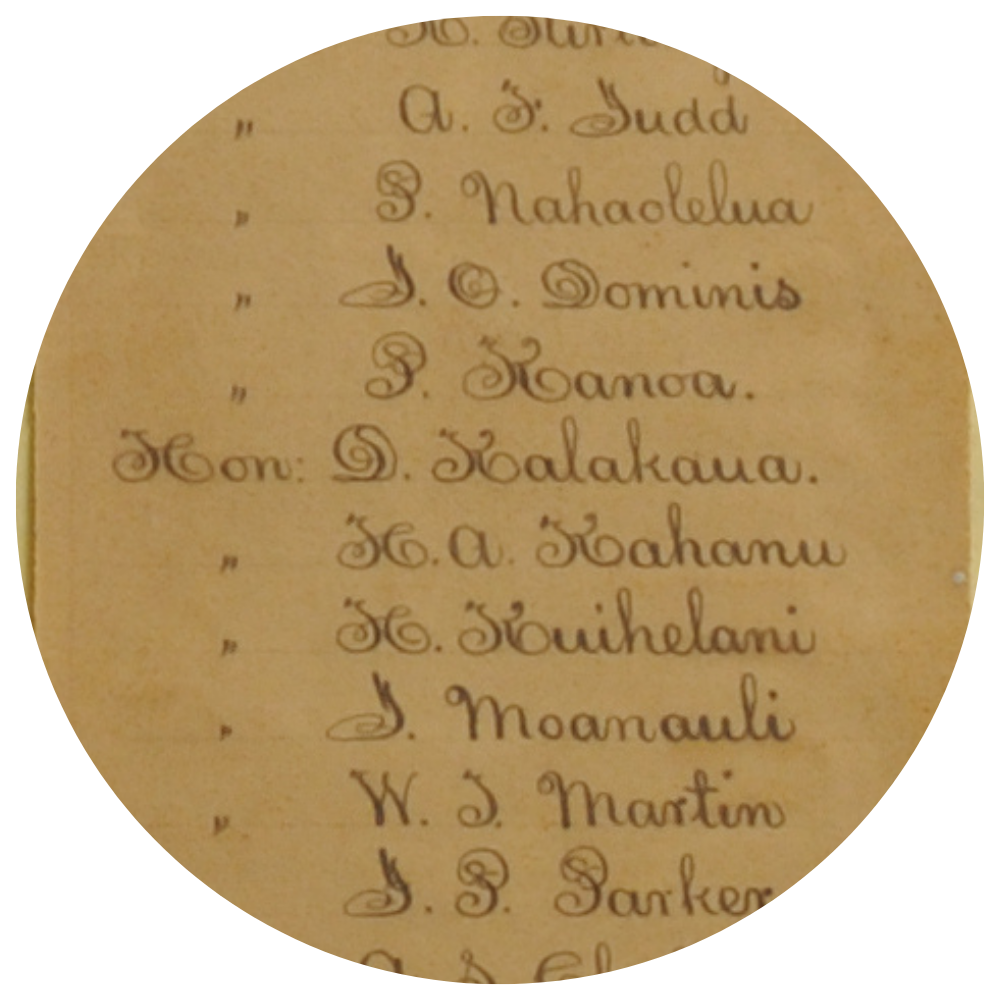 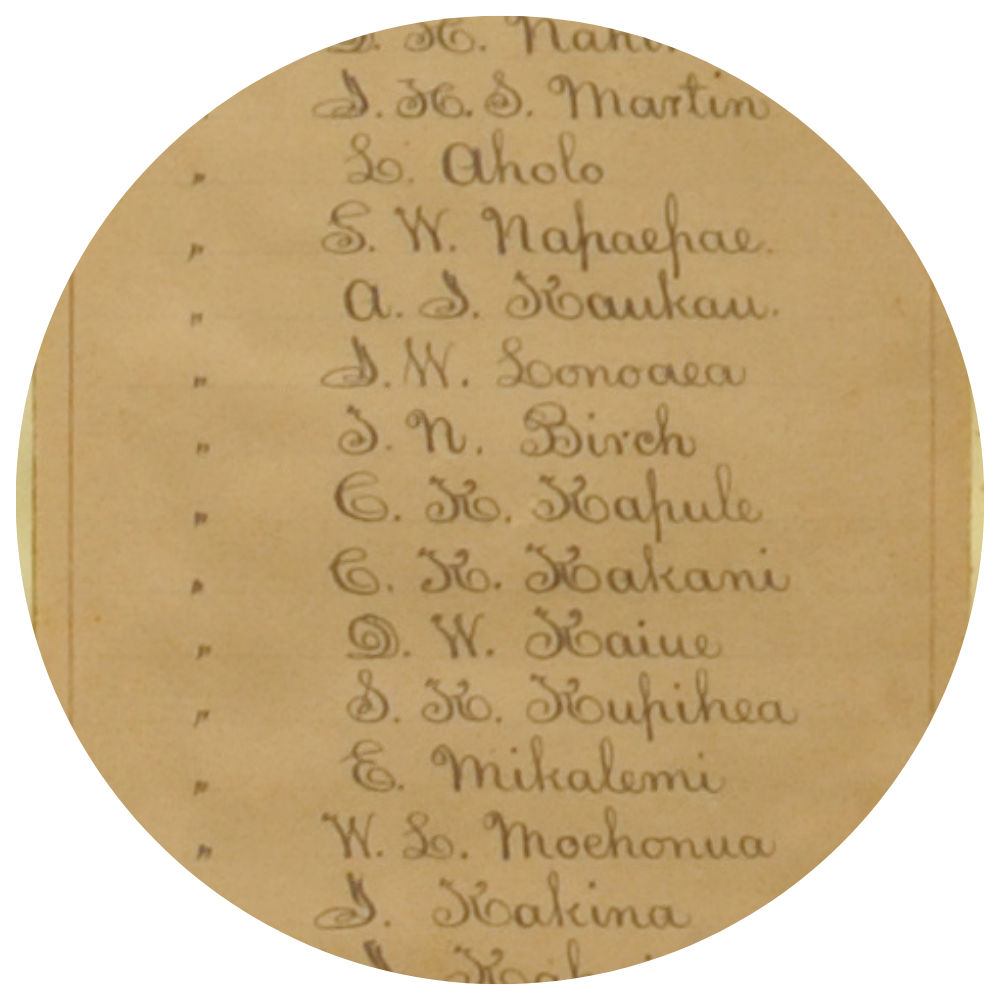 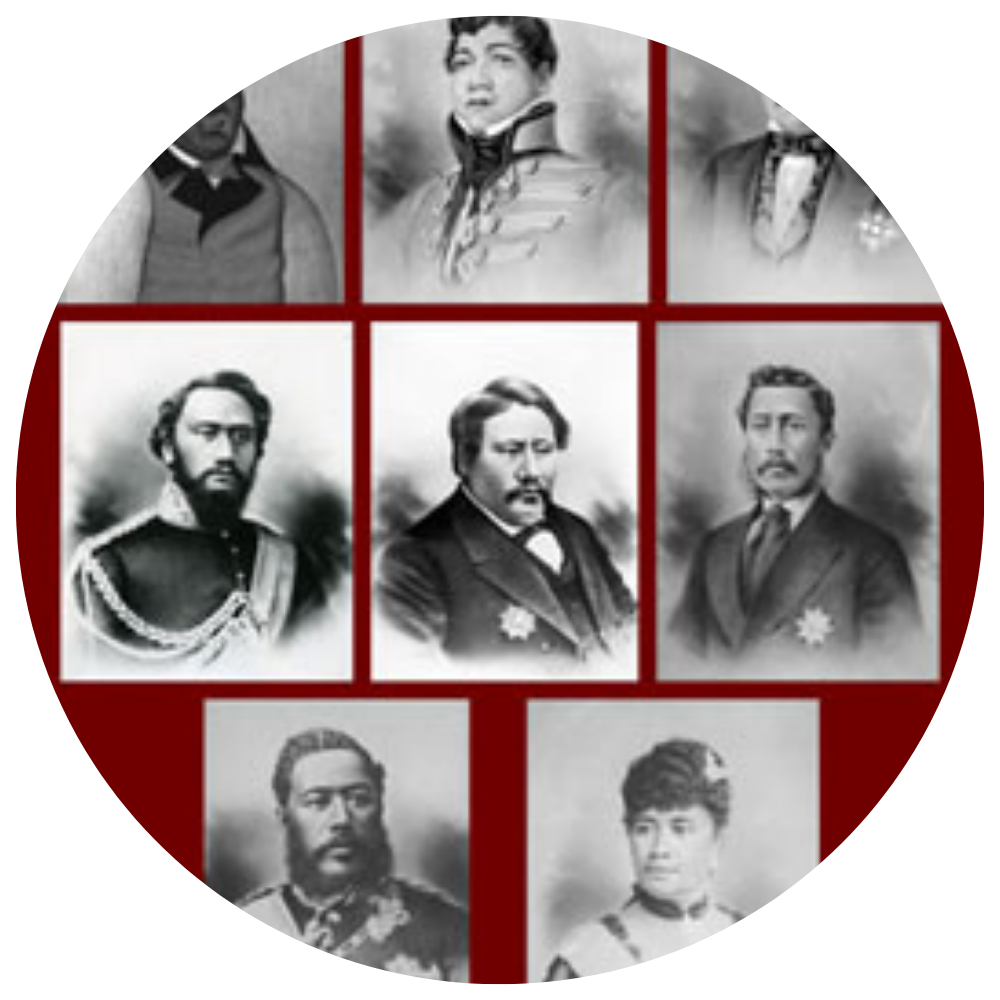 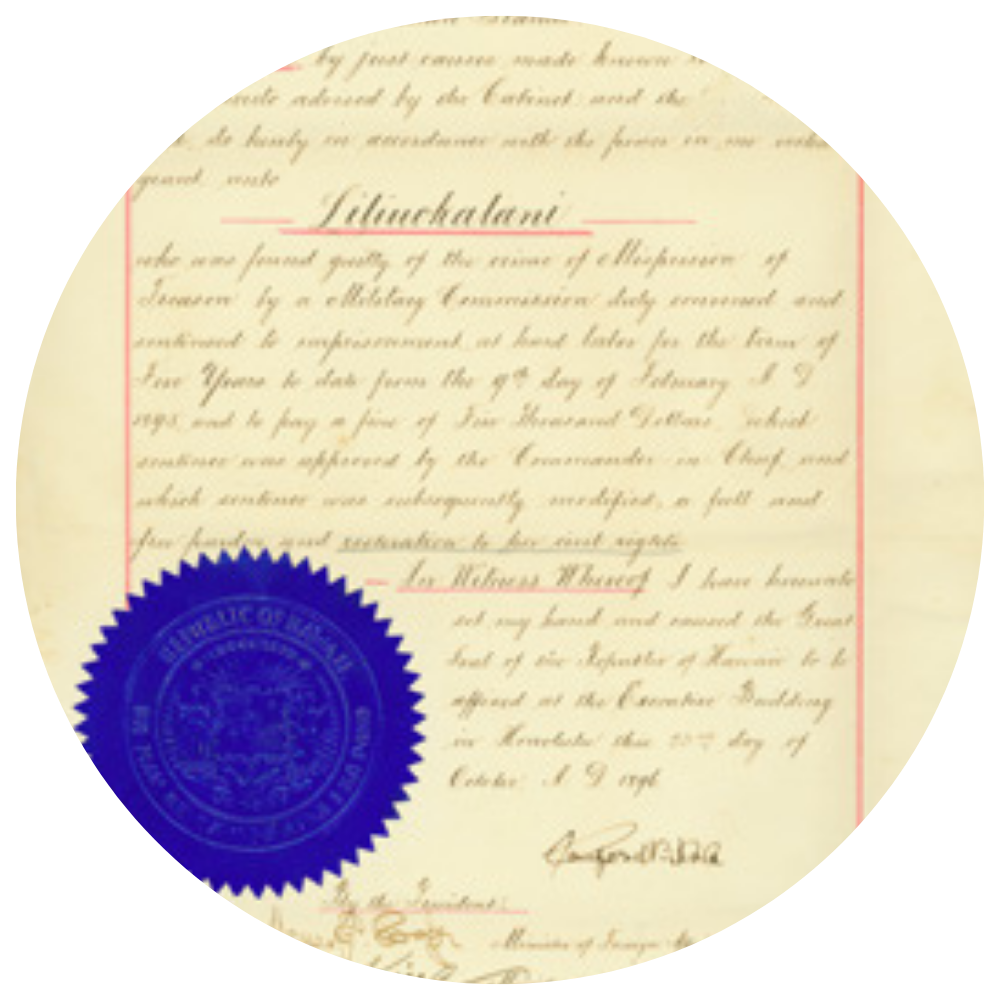 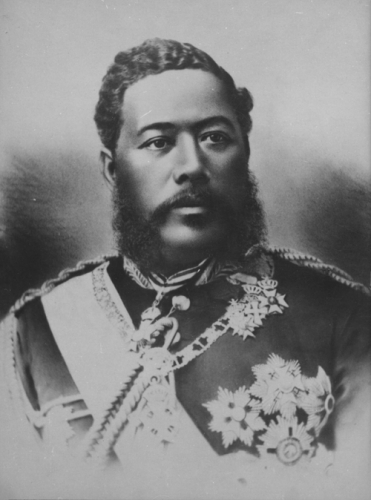 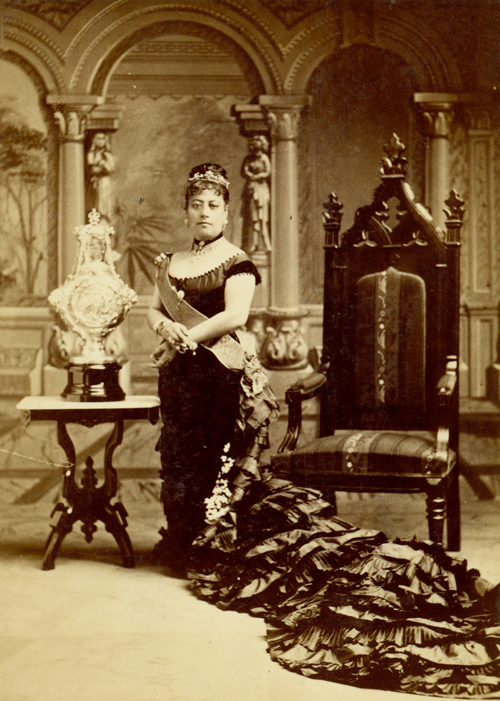 Portrait of Queen Emma with throne and the silver christening cup gifted by Queen Victoria of England to the Prince of Hawai‘i; Honolulu, Hawai‘i. Photo by J.J. Williams, 1870-1888. 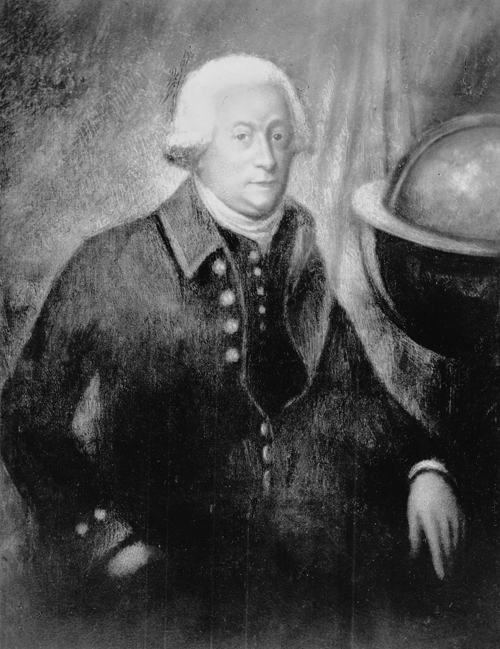 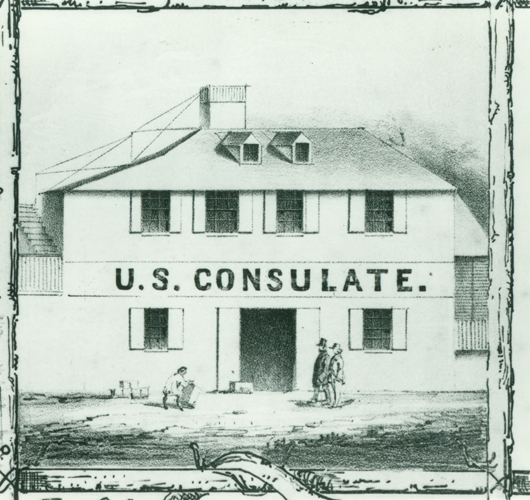 U.S. Consulate. Detail of the lithograph “View of Honolulu. From the Catholic Church. No. 2.” Lithograph by G.H. Burgess after a drawing from nature by Paul Emmert, 1854.

Detail of the House of Nobles listing from the composite ballots, 1874 election.

Detail of the House of Representatives listing from the composite ballots, 1874 election.